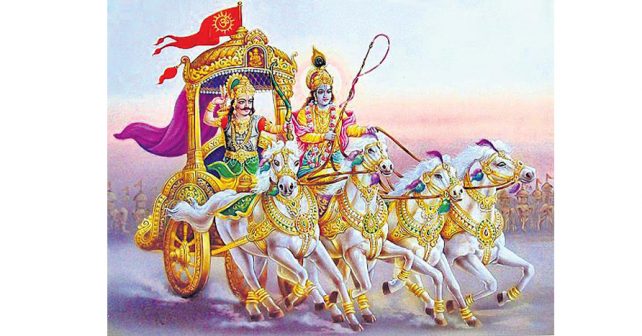 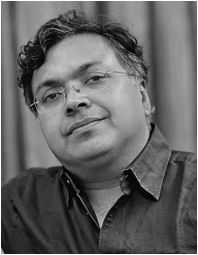 A study has shown that there is no evidence of Steppe genes in Harappa according to analysis of DNA found in Rakhigarhi. This has led to the claim that Harappan civilisation was indigenous, 100% Indian, not shaped by any foreign influence whatsoever.

Horse, chariot and a civilisation

But there is only one problem. According to archaeologists, the horse was only domesticated 5,000 years ago, in Eurasia. The spoked-wheel chariot was invented in the same region 4,000 years ago. It was used by Hyksos to conquer Egypt 3,600 years ago, long after the Harappan civilisation had waned. The earliest visual evidence of archers on chariots riding into battle involves the Hittites and the Egyptians who fought in Khadesh, in what is now Syria, about 3,300 years ago. In other words, the oldest horse-drawn spoked-wheel war chariot in the world is younger than the Harappan civilisation.

How then can the Vedas, the Ramayana and the Mahabharata which, according to Puranic historians, predate the Harappan civilisation already have knowledge of horse-drawn spoked-wheel war chariots? The Vedas adore horses and speak of Indra riding spoked-wheel chariots. Rama rode one out of Ayodhya and Krishna served as charioteer in another. How is that possible? Is there a global conspiracy to deny that horses and spoked-wheel chariots were part of Indian civilisation over 9,000 years ago? Puranic historians insist Indians are victims of a complex Western 200-year-old conspiracy involving hundreds of scientists, historians, linguists and archaeologists. Anyone who argues otherwise becomes anti-national. Thus, a gag order is passed.

As the Puranas inform us, there were several kings even before Rama. His ancestor, Ikshavaku, was the son of Manu, who established a civilisation after the Great Flood, probably referring to the Last Ice Age, which occurred 12,000 years ago. This aligns well with information found in the Manusmriti that the four ages of man lasted 4,800, 3,600, 2,400 and 1,200 years, making the total age 12,000 years, which is half the time taken by the sun to travel across the 12 houses of the zodiac (27 nakshatras), known as The Great Year. Of course, none of this has any archaeological evidence. But it is in the memory of a people, a popular truth, favoured by politicians who can destroy the careers of journalists, historians and scientists who argue otherwise.

Agriculture in India is dated only to 7,000 BCE (the age of Rama, according to Puranic historians) and oldest pottery in the Gangetic plains is dated to 1,000 BCE. But Puranic historians are convinced that there is more evidence out there — the archeologists have not yet found it, or maybe don’t want to find it, or, worse, are hiding it. In America, there are ‘White Hippie Brahmins’ who have made a lucrative career of selling the idea to nostalgic Indians, who have given up Indian citizenship, that all of human civilisation has its roots in India. Cultural wisdom spread via the Vedas, from India, since the last Ice Age.

But while Puranic history may be true, it conflicts with Jain history. The Jains say that Nemi-natha was a contemporary of Krishna, but he lived 84,000 years ago at least. He was the 22nd Tirthankara, while Munisuvrat-natha (contemporary of Ram) was the 20th Tirthankara who probably lived in 1,184,980 BCE. The first Tirthankara was Rishabha-nath. He lived over 84,00,000 years ago, as per conservative estimates. Rishabha and Nemi names are found in the Yajur Veda, revealing that the Vedas have memory of these ancient sages. Rishabha’s symbol, the bull, has been identified in Harappan seals (dated to 2,500 BCE by archaeologists). His son was Bharat, after whom India is called Bharat-varsha. His daughters introduced the Brahmi script (dated by historians to only 300 BCE) and decimal system (dated by historians to 200 CE). It is not clear if Manu came before Rishabha, or after. Neither Puranic nor Jain historians seem to agree. Some argue that Rishabha was Shiva, or that Shiva was Rishabha. But Hindu Puranas speak of Shiva’s marriage and entry into worldly life, while Jain Puranas speak of Rishabha’s renunciation of marriage and worldly life.

Questions about the Vedas

That the Harappan civilisation was totally indigenous is indisputable according to current genetic studies. But the Vedas? Could they have been composed after arrival of Steppe Pastoralists around 1,500 BCE (3,500 years ago) which aligns with global historical timelines? Puranic historians dismiss the horse-drawn spoked-wheel chariot argument, the linguistic papers, the archaeological readings and genetic research by insisting that Western scholars are interpreting data to suit pre-existing hypothesis. After all, the Rig Veda does not have any memory of a homeland beyond the Himalayas.

But the Vedas do not refer to any south Indian geography. Does that make the Vedas a pan-Indian scripture, or a north Indian scripture? Early Dharma-sutras refer only to the Gangetic plains as Arya-varta. Agastya, a Vedic rishi, migrated to the south as per Puranic as well as Tamil tales. Kaveri is called Dakshina Ganga, or Ganga of the south. Does that mean only north India, and not all of India, is the homeland of Vedas? Who decides? Historians or Puranic historians? Politicians or scientists?