What Would Convince You? 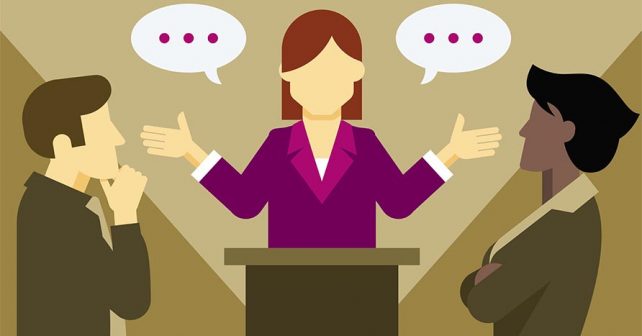 As an atheist and former theist, I am occasionally asked what it would take to change my mind on a central metaphysical question. What met conditions or circumstances would reincorporate into my worldview the conviction that God exists and, more specifically, that Christianity offers the best explanation for the world we observe?

However we may currently identify, however strong our convictions, we must take these questions seriously. If we possess well-considered reasons justifying our beliefs, then we should also consider possibilities that could weaken or undermine those beliefs. A worldview which can never be moved around, reconfigured into different shapes, is a worldview better characterized by creed and dogma than by epistemic openness and intellectual integrity. If we are to be responsible in our commitment to truth, our positions must ultimately be defensible—open to revision in light of new information—lest we fall victim to playing tennis without the net.

With this in mind, my overriding approach is that a belief should be demonstrable on the weight of evidence and argument. If new information is forthcoming, if the evidence (or interpretation of that evidence) changes, or if arguments with greater explanatory scope and internal consistency are offered, it is our epistemic duty to honestly assess these new inputs and what it entails for our existing orientation. This is a basic feature used to build conclusions in philosophy and science, and can be broadly exported to other areas of our discourse.

Before we dive in, it will be useful to clarify an oft-omitted distinction that tends to bog down discussions on this topic. The distinction is that between a “direct participant” deity—the god of theism—who intervenes in space and time and cares about how the drama of life plays out, and the noninterventionist, “absentee landlord” variety of deism. The latter is irrelevant, because its existence and nonexistence are logically identical (from our perspective) and thus is not the focus of this essay. Rather, I will deal here with the former, a transcendent being who has a hand in the natural order and is in some sense involved in the affairs of humans. This is the territory of theism, the regime with the most relevance to our daily lives and metaphysical luggage.

Contrary to some atheists, I don’t subscribe to the notion that there is, in principle or otherwise, a falsifiable “God hypothesis.” Refuting God is not like refuting the proposition, ‘All swans are white by finding a gaggle of black-plumaged swans in Scandinavia’, thereby bringing us closer to the truth about the nature of swans. While I do think certain religious beliefs have been rendered untenable by the lights of modern science and historical inquiry, I don’t think we can definitively adjudge an entity’s nonexistence in the case of theism.

What we can do, however, is point out the lack of evidence where evidence ought to be—in other words, build an evidential case for nonexistence. And this is where popular conceptions of theism tend to break apart, because a god that intervenes in space and time is a god that is accessible to scientific study. In a world where Christians and other monotheists profess belief in a meddler god who influenced ancient texts, answers prayers, appoints semi-sane politicians to run for office, and has worked all manner of miracles throughout history, the utter vacuum of evidence for such assertions begins to speak volumes. If demons and angels and spirits and souls were part of the furniture of reality, then their effects in the world should have been clearly documented by now. Given all that is attributed to these ethereal entities, this paradox should at the very least strike a person as strange.

Accordingly, though we may not be able to conclusively rule out the god of theism and his confederacy of celestial beings—a la Russell’s teapot—we can be reasonably confident that no such entities exist, in short, because things that don’t exist leave no evidence behind. They can’t, after all, because they don’t exist.

If we want to be more careful in our language here, rather than claim outright that God does not exist we can simply say that we see no good evidence for God, and therefore (recalling John Dewey) a verdict cannot be reached on the question unless and until good reasons to warrant the belief are found. It’s an important distinction, in the same way that a jury for a criminal trial either finds sufficient evidence to convict, or not. A “not guilty” verdict does not mean the defendant is innocent; it means only that there is insufficient evidence to establish guilt.

The purpose here is to offer twenty examples that would move a jury, namely me, beyond reasonable doubt. In so doing, we will look at a number of expectations that could be considered consistent with the claim that God exists and then see how those expectations correspond to the world we actually observe. As noted above, most of the following will interface with the generic god of theism and in the process make direct contact with Christianity in particular. My personal view is that a wider appreciation of reality reveals a universe that does not appear the way we would expect if theism were true, leaving nonbelief as a supremely rational position to hold.

That is to say, if our scientific understanding of the diversity of life were irreparably refuted. The theological challenge presented by common descent has less to do with any putative conflict between science and fundamentalist religion than the larger dissonance it poses for teleological value systems. Those who flippantly maintain that evolution and personal faith are compatible rarely come to terms with what the great Book of Nature really tells us: We are an evolutionary accident, an infinitesimal, stochastically produced whimper in a four-billion-year chain of existence that when compressed to a single year has man emerging within the final fifteen minutes of the calendar. If we truly are God’s chosen—the foreordained purpose of all that is and ever will be—why so much time spent with “unensouled” microbes?

This can be a tough pill to swallow precisely because it taps into something more profound than clumsy interpretations of ancient texts. Not only do evolution and deep time blunt our cosmic significance, its ends are achieved through the instrument of death. Within the context of natural selection, death is not an unnatural state but is in fact integral to the process: it is the mechanism by which less-fit individuals are removed from the gene pool, allowing those left standing to carry on. The corrosive influence of this most foundational of scientific formalisms was perhaps best expressed in a letter to the editor popularized by the late Stephen Jay Gould:

Pope John Paul ll’s acceptance of evolution touches the doubt in my heart. The problem of pain and suffering in a world created by a God who is all love and light is hard enough to bear, even if one is a creationist. But at least a creationist can say that the original creation, coming from the hand of God was good, harmonious, innocent and gentle. What can one say about evolution, even a spiritual theory of evolution? Pain and suffering, mindless cruelty and terror are its means of creation. Evolution’s engine is the grinding of predatory teeth upon the screaming, living flesh and bones of prey…. If evolution be true, my faith has rougher seas to sail.

Those who prefer a “God-guided” evolutionary model, moreover, must contend with the abundance of suboptimal design and overt inefficiencies with which nature is replete. Classic examples like the recurrent laryngeal nerve and the crossing of the air and food passages in vertebrates seem far removed from the realized premeditated vision of a competent architect. And if we owe our presence here to the illimitable wisdom of a master engineer who populated the planet in special acts of creation—as alleged by literalist readers of Genesis—we would not expect the rampant dysteleology evident in nature any more than we would expect the indisputable genetic, embryological, paleontological, and biogeographic evidence pointing to common descent.

Far from suggesting humanity occupies the climax of any cosmic production, the available evidence suggests we are an accidental scene in an otherwise haphazardly produced drama. The privileged plank on which so many religions place humanity is permanently deposed through the lens of evolution. To believe that there is some discarnate, phantasmic agency out there that harbors deep concern for our species is perhaps the most delusional, nay, conceited notion one can countenance.

The canonical gospels of the Christian New Testament are filled with post-mortem appearances. Jesus is said to have appeared to Cephas (Saint Peter) and the apostles and to more than five hundred others (1 Corinthians 15:6). In the Hebrew Bible, Yahweh appears to Moses so often the two are on a first-name basis. A god concerned about the affairs of its creation, about what we believe and our eventual destination, could appear to every one of us, convincing us instantly of its existence and preeminence—yet we are left only with silence. Indeed, a direct manifestation would very likely convince me posthaste, though I would of course first ensure that I had not been in a chemically induced or comatose state at the time.