A JOURNEY TO SECULARISM AND SOCIAL JUSTICE?

CONSTITUTION OF INDIA A LAW ABOVE ALL LAWS 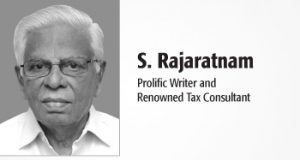 Amidst the surfacing intolerance, there are recent  references to the Indian Constitution as one which is an answer for all possible doubts about the insecurity felt by the under-privileged and the minorities in the country. Tribute is paid  to Dr.B.R.Ambedkar, Chairman of the Drafting Committee and  an architect of Indian Constitution  in a newly found admiration for him, though a former Cabinet Minister,  Arun Shourie  has authored a  book “Worshipping False Gods” with a recommendation, that the award Bharat Ratna should be deprived from him for his alleged anti-national record.

Reference to the Constitution is because of the secularism sponsored in the Preamble and the Fundamental Rights  of equality, due process of law and  other provisions meant for protection of the minorities and the other deprived sections of the community. From the provisions, it is sought to be inferred  that there can be no intolerance in India, notwithstanding irresponsible utterances of some leaders. In a lighter vein, Chetan Bhagat in the article in Times of India dated 28th November 2015 titled “Fifty shades of intolerance” sarcastically questions how there could be any allegations of intolerance, when the Indians are extremely tolerant of its bad roads, corruption, inefficiency, mediocrity and poverty!

The laudatory reference to the document as a bulwark of a tolerant India is, however, well justified in that there is much to be said about the Constitution worth recalling its essential features, notwithstanding its poor implementation.

Preamble to the Constitution opens with the declaration that it is the people of India, who have given unto themselves, the Constitution acknowledging the sovereign power of the people. Its  objects  are best described in Ambedkar’s own words:

The Supreme Court in Indra Sawhney Vs. Union of India AIR 1993 SC 477  has emphasized that the words “fraternity assuring the dignity of the individual” have “a special relevance in the Indian context”, because of the social backwardness of some  sections of the community,  who had in the past been looked down upon. Goals of politico socio-economic citizens of India have been listed in the objects  to secure “social, economic and political, liberty of thought, expression, belief, faith and worship”.

The Supreme Court in Valsamma Paul Vs. Cochin University AIR 1996 SC 1011 has observed “In other words, equal protection requires affirmative action for those unequals handicapped due to historical facts of untouchability practised for millennium which is abolished by Article 17: for Tribes living away from our national mainstream due to social and educational backwardness of OBCs”.

It has been understood by the courts as basic to our social order to build a social justice society. It is the preamble, which enables the Constitution to be flexible leaving enough discretion to the Government and judiciary to frame policies and interpret the law in accordance with contemporary needs and circumstances of the society to achieve its goals. The law including constitutional amendments for reservation for other backward classes (OBC) has been justified in the light of the policy in the preamble.

Americans are proud of their Constitution. One of them  on a visit  to England wanted to demonstrate the superiority of U.S. Constitution with that of England and asked for a copy of the British Constitution and was told to his surprise that England had none. He had extreme sympathy for the British people governed without a written Constitution and left to the mercy of its Government. But  Britain has a long record of democracy, where King reigns but does not rule with  rights recognised from Magna Carta and in practice by a sovereign  Parliament  with  absolute power. Its record of democratic rights is far better than many countries with written Constitution in respect of individual freedom.

One is reminded of Alexander Pope’s couplet
“For form of government let fools contest,
Whatever is best administered is best.”

Right to Equality under Articles 14 to 18 is a basic right. Right to Freedom is spelt out in Articles 19 to 22. Rights against Exploitation in Articles 23 and 24. Other rights including  freedom of religion are in Articles 25 to 28, Cultural and Educational Rights are listed in Articles 29 and 30 and Right to Constitutional Remedies in Articles 32 to 35. Right to Property in Articles 30 and 31 with various sub-sections have since been omitted, but  they continue to be rights under the law, though no longer a fundamental right.

A chapter on Fundamental Rights  is perhaps no longer necessary after Vienna Convention now implemented by the Universal Declaration of Human Rights, which makes it obligatory of any member State of the United Nations to follow it.  It recognises “inherent dignity” and that  “the equal and inalienable rights of all members of the human family is the foundation of freedom, justice and peace in the world”.  The Supreme Court has drawn  its conclusions not only from the Chapter on Fundamental Rights,

Preamble and Directive Principles of the Indian Constitution,  but also on Universal Declaration of Human Rights, which according to it should “be read, if need be, into the domestic jurisprudence” as held in Chairman, Railway Board Vs. Chandrima Das AIR 2000 SC 988.

Fundamental Rights  have been spelt out now in most countries. Canada guarantees  basic rights of people by including a Charter of Rights as recently as in 1982. Some countries  like Australia follow Britain without a written Constitution, but guaranteeing only few rights like freedom of religion.

The Indian judiciary has laid great stress on Fundamental Rights. In the  landmark decision in Manekha Gandhi Vs. Union of India AIR 1978 SC 597, the Supreme Court upheld the right to life and personal liberty in the context of illegal deprivation of her passport to prevent travel abroad in following words:

“The attempt of the Court should be to expand the reach and ambit of the Fundamental Rights   rather than to attenuate their meaning and content by a process of judicial construction.”

In A.K. Gopalan  Vs. State of Madras AIR 1950 SC 27, the Supreme Court  held that the provision in the Indian Penal Code restraining freedom of expression in certain circumstances would no longer be good law after the Constitution. Judicial interpretation, it was held, cannot emasculate the scope of Fundamental Rights. Liberty of the individual protected by the Fundamental Rights  was described by the courts as “the very essence of the democratic way of life adopted by the Constitution and it is the privilege and the duty of the court to uphold those rights”.

The major step forward is the consistent adoption of the view that  the Fundamental Rights  are justiciable. Courts will not allow any transgression of such rights because such right would be a mere adornment, if it is not matched with remedy, which the Courts are bound to grant.

However, there is a case for decentralisation of powers to the States and local authorities. The shifting of education for example from the States to the Centre during Emergency was a step in reverse gear needing review.

After the Preamble and the Chapter on Fundamental Rights, Directive Principles are listed in Articles 36 to 51 meant to be the basis of State Policy. This chapter is borrowed from Irish Constitution. A poor country like India cannot be governed by laissez-faire policy.  This chapter provides  a blue print for positive action to promote welfare of the people to achieve economic democracy.

The courts have recognised this chapter as guiding principles in interpretation especially of welfare legislations. Article 37 itself says that though Directive Principles are not enforceable, the principles laid down therein will nevertheless be fundamental to the governance of the country. This law is recognised in Paschim Banga Khet Mazdoor Samity v. State of West Bengal AIR 1996 SC 2426.

The goal underlying the Directive Principles,  namely the welfare of the poor and the weaker sections of the society has been recognised by the judiciary in respect of economic legislations. Directive Principles have been invoked in judging reasonableness of restriction under Article 19, in justification of such decisions as for control over business in liquor and  narcotics.

Instances where Directive Principles are prevented from being  misapplied also need mention. The objective of a uniform civil code in the Directive Principles was sought to be  invoked by a public interest litigation to impose constraints on the freedom of minorities in respect of their family laws, seeking a direction from the Supreme Court to enforce it. The Supreme Court in a recent decision had no hesitation in dismissing it.  It is odd, that the majority should  rely upon the Hindu law in preference to a uniform income tax law to preserve the concession for Hindu joint families enabling multiple assessments making a mockery of progressive taxation.

One major development is an innovation  enumerating fundamental duties  added by way of Article 51A in the 42nd Amendment confining its application only to Indian citizens. They are as under:

(a) To abide by the Constitution and respect its ideals and institutions, the National Flag and the National Anthem;
(b) To cherish and follow the noble ideals which inspired our national struggle for freedom;
(c) To uphold and protect the sovereignty, unity and integrity of India;
(d) To defend the country and render national service when called upon to do so;
(e) To promote harmony and the spirit of common brotherhood amongst all the people of India transcending religious, linguistic and regional diversities; to renounce practices derogatory to the dignity of women;
(f) To value and preserve the rich heritage of our composite culture;
(g) To protect and improve the natural environment including forests, lakes, rivers and wildlife, and to have compassion for living creatures;
(h) To develop the scientific temper, humanism and the spirit of enquiry and reform;
(i) To safeguard public property and to abjure violence;
(j) To strive towards excellence in all spheres of individual and collective activity so that the nation constantly rises to higher levels of endeavour and achievement.
Rationalists including followers of Periyar, have reason to be happy particularly with reference to clause “h” in the above Article.

Constitution can be abused

The Constitution is only as good as it works or is used.  Indian Constitution had a bad patch, when the power to declare emergency as in a war was abused to suspend  Fundamental Rights in peace time.

The people asserted their will in the next public election. Hitler could  come to power by the due process of election to undo the Weimar Constitution by getting himself elected to the two top posts in the Government. It is a warning that the Constitution well-framed as it is, can work well only if people are conscious to their rights and are willing to exercise them. Dumb people and deaf Government go ill together.