Who is afraid of scientific temper? 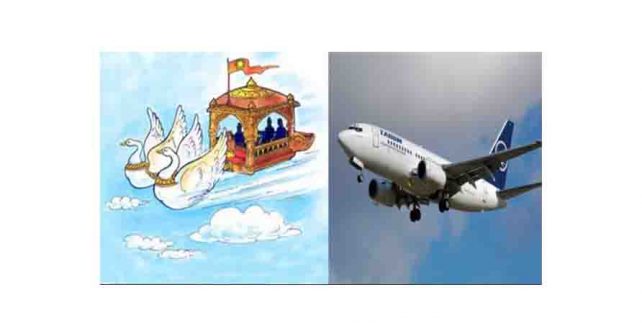 Not everyone loves science and not everyone knows what scientific temper is. The love of science with a scientific temper can be cultivated with a systematic pursuit to dispel myths and misconceptions. Why is there need to dispel myths, beliefs and misconceptions? Why were they created in the first place? Let’s try to deal with these questions one by one.

In a conference where I was delivering the key note, I asked the audience, “How many of you were born Christian, Hindu or Muslim?” most of the participants raised their hands. I then followed up with the next question, “how many of you were born naked?” all of them raised their hands with some surprise on their face. Then I asked them, “Which is true: being born naked or being born in a religion?” They chuckled, and said, “Obviously naked!”. We are nurtured with religious beliefs and religiosity that mostly tells us what to do and what not to do. They come with judgemental morals that appreciate and condemn behaviour based on magically powerful elements that reward or punish.

These beliefs were meant to be mechanisms of social control. The objective was to make people believe in something out of fear and follow a uniform discipline which was much needed to organize society. The key was fear of the elements. Lightening for instance, being the most potent and unexplainable. It was mixed with wonder to watch a very bright light come out of the sky with a rumbling noise that followed. Without asking how it happened the only possible explanation would be that a powerful person sitting on the clouds was sending this out. Further, any undesirable behaviour would attract the wrath of this power. This led to the belief that there were un-understandable powers that played a key role in the lives of humans. The vagaries of nature were understood as the third eye that watched over and reacted to all the individual and group behaviours. This method of social control played a key role in organizing society with some evolved norms, mores and contributed to some cultural practices.

Collective behaviour was a survival tactic. It was essential to coordinate and cooperate to hunt, to cultivate and migrate. This process ensured that the people stuck together. Any deviation from the agreed norms was met with contempt. Generations of following the rules without asking why they were in place made it easy to move on. Questions were not asked because of two reasons, firstly, it was considered abominable to ask them secondly because there was not enough band width to see beyond what was visible. This kept the community moving forward subjecting themselves to the societal customs that were often justified by the elders.

Much later the beliefs and systems were strengthened with the use of stories. These stories coming from oral traditions kept changing with time until some people decided to draw it or write it. The stories were filled with a few typical characteristics, it had an element of wonder, it had persons with extraordinary powers and some morals. The element of wonder and power was often used to scare people if they did not stick to the moral codes that were specified.

Anybody who dared to ask questions about the illogical nature of these stories was considered as a heretic or even a threat to society. The rules were rules and meant to be followed because it was done so. The mythical stories always contained a conflict between two people, families, communities and so on. There was a clear winner at the end of each story. The winner had superior morals with extraordinary powers or was aided by the extraordinary elements. This contributed to the heroism and the hero’s behaviour became a model to emulate.

When this narrative is shared repeatedly to several generations it almost sounds real. The story grows with several historical events that are used to justify the original version of the story. Fully aware that it will not stand the test of any rational thought the stories continue to grow.