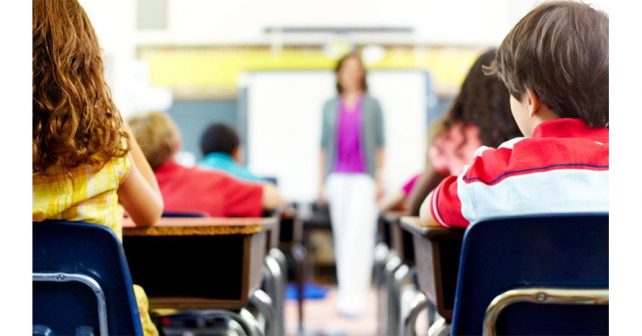 In a report released earlier this year from the American Enterprise Institute, Lyman Stone tracked the history of religious belief, behavior, and association in the United States since the Founding. It’s a magisterial work, and I encourage readers to download the report here and peruse it for themselves.

Stone’s research helps us to understand the decline of religious faith in America over the past 60 years. Secularization is, to be sure, a hugely over determined development in American history, and just about everyone has a theory about how it’s happened and why. Religious conservatives would probably cite the loosening of the country’s morals that began in the ’60s and ’70s. Secular progressives might mutter something about the onward march of “Science” and “Reason” over time. But the data seem to show that the main driver of secularization in the United States has been the acceleration of government spending on education and government control over the curricular content taught in schools.

Here our secular progressive might raise his head again, perhaps feeling a bit smug about this finding. “See!”, he says. “Children used to be deprived of education and the life of the mind! They were stuck in the doldrums of ignorance and squalor before the benevolent hand of the state reached down and lifted them up into the world of literacy and critical thought. All that was needed was a little education to free them from hokey superstitions.”

It’s a simple theory, befitting the minds of those who have historically espoused it. But it’s falsified by the data. Stone cites the seminal work of Raphael Franck and Laurence Iannaccone on this point, who meticulously tracked religious behavior over time in their own work. According to Franck and Iannaccone, “higher educational attainment did not predict lower religiosity: More and less educated people are similarly religious.” Nor did they “find that industrialized, urban life reduces religiosity: A more urban and industrialized population was associated with greater religiosity.” The link between intellectual progression/modernization and secularization is non-existent. As Stone summarizes:

Theories that religion has declined because urbanization is hostile to religiosity — or because modern, educated people are inherently skeptical of religion — get no support in the actual historic record.

It turns out that religiosity is usually determined very early in life. All the data suggest that, by and large, kids brought up in religious households stay religious and kids who aren’t, don’t. Consequently, childhood religiosity has been, and remains, the most important indicator of America’s religious trajectory. The story of religious decline in America is not the story of adults consciously rejecting the faith of their forefathers: It’s the story of each generation receiving a more secular upbringing than the generation preceding it. What accounts for this secularization of childhood over time? Taxpayer dollars.

Researchers originally tried to explain the relationship between government control of education and secularization by putting it down to the State’s increasing willingness to care for the needs and wants of its citizens in a comprehensive way — a task traditionally carried out by religious institutions. Once people are no longer beholden to a church/synagogue/mosque for their material well-being — or so the theory goes — they see little reason to stay.

But this theory just doesn’t account for the data we have. As Stone observes, it’s belied by the fact “that the vast majority of declining religiosity can be attributed to changes in educational policy, rather than welfare generally.”

So how do we explain this link between education policy and religious belief given that academic attainment itself isn’t a factor? It’s quite simple, really. Children learn more at school than reading, writing, and arithmetic. They imbibe a whole set of implied assumptions about what’s important in life. By excluding religious instruction from public schools, the government-run education system tacitly teaches students that religious commitments are not a first-order priority in life. Faith in God becomes a sort of optional weekend hobby akin to playing tennis or video games. Christ and Moses are treated by teachers and administrators like weapons or drugs — confiscated upon discovery.

In this way, the hierarchy of values communicated both explicitly and implicitly to students in American high schools excludes religious claims from the outset. College, career, and popularity become the existential targets toward which the arrow of each student’s soul is aimed by bow-wielding commissars across the country. In a context such as this, secularization becomes ineluctable. The New Testament itself says that religious belief is shaped more by the places we look for praise and validation than by naked ratiocinations: “How can you believe, when you receive glory from one another, and you’re not looking for the glory which comes from the one and only God?” (John 5:44). But the secular public high school dispenses validation and praise according to different criteria than any of the major faiths. This is why government control of education has resulted in religious decline. As Stone writes:

That last point bears repeating. Most researchers have found that “education-related variables… can explain nearly the totality of change in religiosity.” For religious conservatives who care about the fate of American culture, it cannot be emphasized enough that education is the whole ball game. All other policy areas amount to little more than tinkering around the edges. How we got to a place where this is the case is a sad story in and of itself (and one that I told in part here). Nevertheless, it remains the case that public schools often are not a smooth fit for conservative families, especially religious ones. Even worse than that, we can now see signs that the ideology imposed upon government-educated children is changing. What used to be the state-imposed orthodoxy of benign agnosticism is being replaced by a full-blown intersectional pseudo-religion with its own priests, prophets, saints, and martyrs.

The time has come for religious parents to take their children back from the state. It simply will not do anymore for faithful Americans to drop their sons and daughters off at the curbside every morning for the government to collect as if they were taking out the trash. As I’ve written before, a broader reconsideration of public schooling will not be cheap. It will require, among other things, the establishment of charitable private education co-operatives if we’re to heed the dictates of the world’s great faiths by keeping the interests of the poor at the forefront of our minds. But the only real road to religious revival is the one that begins with each parent’s first step out of the public school’s doors.