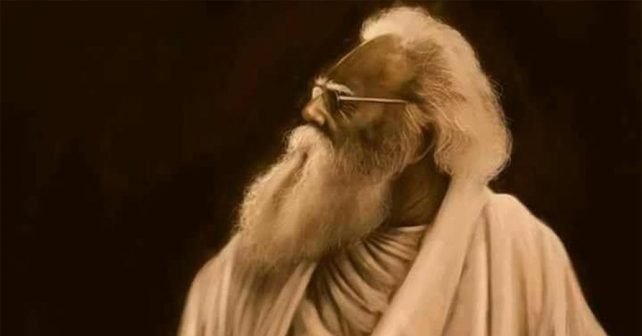 It is a known fact Thanthai Periyar E V Ramasami had to quit Congress in 1925, as the Brahmin dominated Tamil Nadu Congress Committee refused to accept the principle of Communal representation for Dravidians in Public Services. Till his last breath he safeguarded the reservation policy. His writings in “Kudi Arasu”, “Viduthalai” and birthday souverniors widely covers the need to implement the reservation policy.

If any Dravidian community neglects to seek jobs I would say that the community is an irresponsible community. I would condemn them as unpatriotic and anti social. They are traitors to the country.

Not only that. If any particular community is differentiated or ignored it will be disastrous to the society. If it is objected that jobs should not be given to a particular community based on its proportion to the total population that would amount to putting that community to disgrace and injustice. No community would be willing to continue as cowards devoid of self-respect forever. Any community that fails to assert for its legitimate share in the field of employment will be considered as degraded and shameless community.

In a country with various caste distinctions, if opportunities are denied for every caste to get education, jobs and representation in the administration according to their legitimate share based proportionately on the population, there will be no end to the enmity, vengeance and fraudulent activities in the society.

As a measure to put an end to the evils of caste in India, particularly in South India, it is absolutely essential to get things done by proper legislation. It is necessary to agitate for claiming Communal representation in the legislatures through the government. I deem this noble task as a part of the revolution for the dawn of Socialism.

The communal tensions and cleavages are day by day increasing due to many factors. There is no mutual trust between one community and the other. There is increasing hatred amongst communities. One community wants to dominate over the other. The Community that has somehow become dominant does not like to compromise. Those who enjoy more rights are not willing to forego anything. They are adamant in their attitude towards the downtrodden sections with the result, you find more and more bitterness amongst communities.

Please think over whether there is any fairness and justice on the part of those who have gained a lot in the name of their community, passing scathing remarks on others as communalists.  They lost their legitimate share by their community identity.

On one side, attempts are made to safeguard the Hindu religion, castes and communities. On the other side, the demand for proportional representation in the name of religion, castes, and communities is condemned as unfair, unjust, ridiculous. I would say that it is one thousand times unfair and unjust to say so. It only reveals the low standard and vendetta against the traditionally exploited communities.

The government, which proclaims to root out communalism should have made the practice of putting caste marks as Namam on the foreheads as an offence and imprisoned the offender for one year. Similarly a law should have been passed to imprison for two years those, who wear the thread (Poonul).  Are not these symbols indicative of the distinct communities? A government determined to eradicate castes ought to have given scissors to the policemen to cut away the tufts and Poonul. Simply saying that the government is not communal and yet permit the wearing of poonul, keeping tufts, chanting mantras (hymns), declare holidays for the birthdays of gods is condemnable. Under these circumstances, one cannot but condemn the government for upholding the communalism of Brahmins.

I might have changed my views many times in politics. But so far as my social life is concerned, I continue to be opposed to Brahmins. My hatred towards Brahmins is always constant. I became a rationalist and an atheist by this. To my dream of social reform, I strongly insist on crushing the Brahmin monopoly in the public services. I deem it as the very first step for social revolution. It is the ABCD of social reform. Because of this I am criticized as a communalist. I continue to be the embodiment of communalism of a peculiar nature.

For anything and everything, the Brahmins are insisting on Merit and Efficiency. It is an invention of the Brahmins as the “Mohini Avataram” in the epics. The only motive of the Brahmins is to spoil the prospects of the Non-Brahmin communities, who are now only at the threshold of progress.

Is there any means to find out how the employees belonging to Backward Class execute the work entrusted to them? Is there any such record to show that those who acquired very high marks in the examination alone were able to execute the work efficiently in a diligent manner? This is the way in which the merit and efficiency policy is being worked. Many people are holding posts as though they alone have the merit and efficiency to do the work.

Take the case of teachers. You find many teachers appointed on merit and efficiency basis. Is there any system to assess their work based on the number of students passing examination and the marks secured by the students? Do we have any means to judge the merit and efficiency of teachers on any basis after appointing them? Is it so in the case of other professions as doctors, engineers, judges, collectors and so on? Is there any means to assess their merit and efficiency while they are in service? If it is said that securing very high marks in the examination alone is the determining factor and if we agree that only those who have succeeded in getting high marks are to be given high posts, I would like to ask one thing: Are the Presidents, Governors and Chief-ministers posts are given to those people taking into consideration any high marks they have secured in any examination?

There is another lacuna in this bogus merit and efficiency theory. If a particular person had secured very high marks in a particular field or subject, is he given a high post in the same field or subject? Do the high marks secured in a particular subject help him in the job he undertakes? Is there any relevance or relation between these two things? Are the selections of candidates made by considering the subject in which one is proficient or the subject he has to deal with in service?

Children are sent to schools and colleges to acquire knowledge. What is the fun of admitting them after considering their merit and efficiency? This is absurd. It is not right to talk of merit and efficiency even for admitting students to various courses of study. I would say it is meaningless, unwanted and highly objectionable.

How does India look like? It looks as a thick forest of various castes. Naturally the legislatures and offices too are flooded with castes. The State Assemblies and the Parliament also present the same look. But what about the staff in the State and Central Government offices? And that too what is cognizable, particularly in the Central Government offices, which has very many high salaried posts?

If you take pains to analyze closely, you will find out very easily that Brahmin community alone is monopolising almost all the posts in the States and the Centre. This may be tolerable, when other communities were not keen on claiming the posts. It might have been acceptable, when other communities were not adequately qualified for holding posts. No one would criticize the Brahmins under such circumstances. But, things have changed.

The Backward and Scheduled Castes of Dravidian Race are today adequately qualified like the Brahmins to hold any post equally. They are demanding their legitimate share in all the fields. They demand their share in proportion to their percentage in the population. What should the Brahmin monopolists do under these changed circumstances? Should they not silently yield to the reasonable demands of the Backward and Scheduled Castes? Instead of behaving in a just and reasonable manner, they are raising loud cries, and indulge in threats. What do we understand from this? Is there any reason or meaning in their behaviour?

For decades, elite central universities, Indian Institutes of Technology and sought-after scientific establishments like the Indian Institute of Science and Tata Institute of Fundamental Research have rarely responded positively to questions of plurality or diversity.  An emphasis on “reservation” has been treated as lesser peoples’ moral agenda.  On the other hand, the transgression of these spaces by the marginal presence of the oppressed Bahujans is considered as a violation of their cultural space.

According to elite folklore, the oppressed Bahujans do not have a clue on how to inhabit, cultivate and socialise their mind, self and community gracefully in these spaces.  Affirmative policies only allow the oppressed Bahujans to inhabit the formally assigned space, but not the culturally cultivated space which is supposedly soil-rich. Their representational claim is mocked at because elites assume that they are yet to make a substantial claim over these spaces because of the lack of cultural embeddedness.  Ironically, this formally assigned space is never easily gatecrash into the inner recess of these aesthetically-driven architectural spaces.