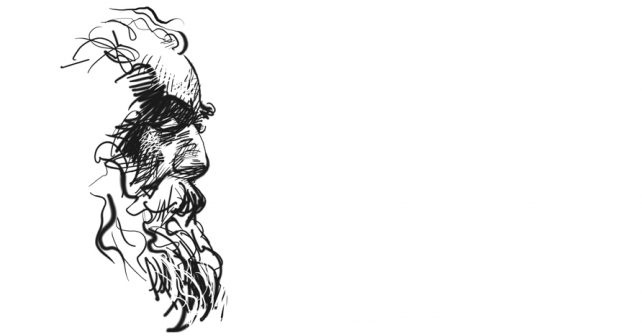 It is a known fact Thanthai Periyar E V Ramasami had to quit Congress in 1925, as the Brahmin dominated Tamil Nadu Congress Committee refused to accpet the principle of Communal representation for Dravidians. Till his last breath he safeguarded the reservation policy. His writings in “Kudi Arasu”, “Viduthalai” and birthday souverniors widely cover the need to frame and implement the reservation policy.

One could understand the Brahmins opposing the communal representation policy, if at all they had openly come forward to list out the evils of uplifting the downtrodden people.  All those who oppose simply said ‘no’ and no one explained why?  So far no one has clearly listed out the reasons for opposing the policy of reservation.  What is wrong in making all people equals?  What is wrong in giving equal opportunities for all?  If there is nothing wrong in creating a Socialist society, and if it is undeniable that the present society composed of unequal should be made progressive, what else can be done without creating reservations based on population through the communal representation policy?  Could it be denied that there are weaker sections in the society?

The caste system made the people to go backward.  Castes spell more and more ruination.  Castes have made us low and have-nots.  Till all these evils are eradicated and everyone attains an equal status in life, the proportional representation policy based on population is indispensable.  Many communities have entered the field of education only recently.  All should be enabled to study and attain a civilized stage.  Our people should get education and study well.  Our people should get their due share in the public services and in all other fields according to their percentage in the total population.

You find merit and efficiency among all people.  All communities urge for concessions today.  It is ensured to them by law.  Even in the matter of merit of downtrodden are given concessions.  Because of this concession given to the Backward and Scheduled caste people you do not see any danger.  It cannot be said that the standard of administration has fallen only on account of concession extended.  It cannot be argued that good trait of humanity as honesty had deteriorated.  No community is discriminated.  All communities are treated equally. By the reservation policy based proportionately on the total population, all the communities derive their legitimate share.

When a student passes the (S.S.L.C.) Secondary School Leaving Certificate examination, it is clearly stamped that he is eligible for college course.  The educational authorities declare that he is fit for college course.  But when he puts up the application for admission to any college, once again his merit is judged by a separate test. Marks are taken into account to judge the merit.  Higher authorities in the education department send orders to the principals not to admit students indiscriminately.  Is there any meaning in all these?  Who created this?  Is it not the Brahmins.?  When once a student is declared as eligible for college courses, it is the duty of the government to give him admission, without any difficulty.  Is it not to make the other community people get disgusted with education and ruin their future prospects that all these cumbersome, unjust and unwanted practices were created by the Brahmins?

I am accustomed to watch closely the merit, ability and standard of all people all along.  My considered opinion on all these matters is also known to you through my writings, speeches and publications.  I am one who is dedicated to work for the welfare of the Backward and Scheduled caste people of Dravidian Race.  That is the main reason why I strongly oppose the theory of merit and efficiency.  Why should you talk of merit and efficiency when once a student has passed a particular examination?  What for such a thing?  Is there any sense in doing so?

What are the benefits we have gained by the ministers composed of men with merit and efficiency?  Is there anything to be proud of?  Think over!

Similarly what have we lost by the rule of those who are said to be inefficient and beneath the standard.  Tell me.

He who does not want rights for his community must be one who does not know the oppression of his community by the Brahmins.  Otherwise he must be a suspect to the community he belongs.  If a particular community demands certain rights for the said community, the vested interests condemn the community as unpatriotic and anti-national.  I would say that anyone doing so is a nomad not belonging to any nation or community.  Our people have failed to assert their legitimate rights.  It is on account of this serious draw back that we find only nomads (Aryans) over-riding us. When we become conscious of our rights, we can easily put an end to the domination of the nomads.

If any Dravidian community neglects to seek jobs I would say that the community is an irresponsible community.  I would condemn them as unpatriotic and anti social.  They are traitors to the country.

Not only that.  If any particular community is differentiated or ignored it will be disastrous to the society.  If it is objected that jobs should not be given to a particular community based on its proportion to the total population that would amount to putting that community to disgrace and injustice. No community would be willing to continue as cowards devoid of self-respect forever.  Any community that fails to assert for its legitimate share in the field of employment will be considered as degraded and shameless community.