WHY DOES GOD HAVE TO BE WORSHIPPED? 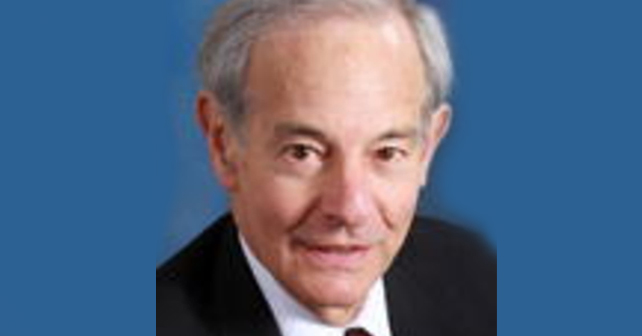 Does the Answer Provide Insight into the Existance of God

A retired physiologist and professor of biological sciences.  He is the author of The Naked Mind   (Best Publishing Company, 2003).

I doubt that there is a rational individual who has never thought about the fundamental religious tenet of the need to worship “God.” If God has all the great attributes humans ascribe to him, then why does this omnipotent, omniscient, omnipresent-et cetera-entity have to be worshipped?

I tried Googling “the need for God to be worshipped.” I was inundated with a huge number of references; as I read some of them, I was confronted with religiously oriented language that I am not sure I understood – yet I consider myself as having a good, if not excellent, command of  the English language.

However, before I could even being to answer the question or understand what was being said in response, I realized I had to first understand what is meant by worship.  My Merriam-Webster dictionary (1988) provides several definitions.  The definition I am selecting is the second one, and it is also the one that seems most apropos for this essay: “reverence offered a divine being or supernatural power.” One of the Googled essays said:  “Worship is to honor with extravagant love and extreme submission.”  The reference cited was Wenster 1828-apparently referring to Noah Webster’s intellectual masterpiece.  Further along, the essayist stated:

We worship God because he is God.  Period, Our extravagant love and extreme submission to the Holy One flows out of the reality that God loved us first.  It is highly appropriate to thank God for all the things he has done for us.  However, true worship is shallow if it is solely an acknowledgement of God’s wealth….   In other words, our worship must be toward the one who is worthy and not because God is wealthy and able to meet our needs and answer our prayers.  We must focus our practice of worship on the worthiness of God and not his wealthiness.

Another source stated:  “The purpose of our worship is to glorify, honor praise, exalt, and please God.  Our worship must show our adoration and loyalty to God for His grace in providing us with the way to escape the bondage of sin, so we can have the salvation He so much wants to give us.  The nature of the worship God demands is the prostration of our souls before Him in humble and contrite submission.”

Two related questions bothered me.  First, according to biblical scripture, this almighty god created all forms of life.  Why would he limit worshipful behavior just to humans and not include all species of life or at least limit worshipful behavior to all animal species? Certainly this almighty god could have endowed the great apes, if not some of the other large mammalian species, with some species-appropriate behavioral attribute that could (would) indicate worship.  In the Hebrew Scriptures, the word worship connotes bowing before: that is a person bending forward so that his or her forehead touches the ground.  Presumably such behavior is an expression of humility and recognition of the superiority of the one who is being worshipped; certainly an almighty god could devise some appropriate worshipful gesture for other species.

Second, why would this god require an elaborate building in which to do the worshipping and a clerical hierarchy to tell worshippers when and how to worship, as well as how to conduct a worship service? Didn’t this god instruct humans (Micah 6:8) that all the Lord requires of us is to act justly, to love mercifully, and to walk humbly with it?  Micah does not mention anything else.  Micah doesn’t demand worship, adoring, exalting. and praising behavior from humans.  Micah, from his observations of human behavior, concluded that humans can behave justly and with mercy at all times and in all places.  They don’t need to be herded into gilded temples or churches with stained-glass windows at specific times or be led by robed beings carrying golden goblets and covering their heads with jeweled tiaras or hats and making secret signs or displaying secret symbols that presumably are required to assure that the worship appeases a Holy One.

Surely, this almighty god cannot possibly have an ego so fragile that he has to be reminded how great he is and have humans bow and scrape before his holy presence.  Then again, this god has informed us that he has one other great human frailty; he is jealous.  In Exodus 20:3, this almighty god commands that “you shall have no other gods before me.”

The more I read online, the more I became convinced that my long-held conclusion that when talking about worshipping God, religious people-particularly clergy – are in reality taking about worshipping human beings.  Years later, I came across a brilliant observation attributed to Frank Wede-kind that beautifully clarifies and articulated my thoughts: “God made man in his own image, and man returned the favor.”  All I can think of is that the behavior surrounding worship is what humans, especially kings and royalty, since ancient times, demanded for themselves.  Many societies required that their leaders be considered gods. Many societies built great structures to bury and honor their royalty. Even into the mid-twentieth century, the Japanese emperor was considered a god.   After World War II, General Douglas MacArthur had to deal very sensitively with that issue on behalf of the U.S. government.

Yet remnants of these ancient behaviors exist in modern times and are deeply embedded in our culture.  The British, among others, still support and pay obeisance to royalty.  Even in American society, one which in its birth fought against royalty, one finds too many people who still prefer to adore and grovel before “royalty,” however defined.

In my life, as I grew intellectually, I became offended when in the movies or real life the passage if secular power or other secular concerns involved the clergy.  Even as late as 2004, in the movie The Princess Diaries 2: Royal Engagement, the passage of the royal crown from the queen (Julie Andrews) to the princess (Anne Hathaway) is mediated by a clergyman.  How degrading and offensive!  It is nothing but a remnant of the debunked concept of the divine right of kings.  In the twenty-first century, one could have hoped that there would be an  acknowledgement that political behavior is secular, not religious.

It is interesting that religion must have been aware of the phenomenon of the Stockholm Syndrome and learned how to use it for its own benefit.  For well over a thousand years, the purveyors of religion, in the name of the almighty, taught that failure to worship could lead to vengeful death.  Worshippers, fearful of the power of the almighty (as conveyed to them by power-hungry clergy), worshipped and confused the reaction to continuing to live as love when in reality they were fearful.  Therefore, people attempted to appease God through worship, glorification, honoring, praising, and exalting, all the while demonstrating adoration and loyalty for providing humans with the means of escaping death, or in the case of Christianity, what the clergy labeled as sin by being “saved.”

As one studies the history of religion, especially the Abrahamic religions, one finds that the trappings of what is considered religious are nothing more than a bunch of human-made rules to satisfy the egos and the wants and urges – of those in leadership positions.  Human traits were transferred to gods, which mandated and legitimized control over people living in a time where very little was known about the physical, chemical, and biological nature of the world in which they lived.  Hence, superstition could run rampant in a controlled environment.  Despite the exponential growth of knowledge about the physical world, ignorance and superstition still exist and greatly affect human attitudes and behaviors.

Thus, if the concept of a god and the need for worshipping him derive from basic anthropomorphic ego-satisfying drives, then it would be logical to conclude that God is an artificial construct and does not exist.
Courtesy by: FREE INQUIRY

“If God has all the great attributes humans ascribe to him, then why does this omnipotent, omniscient, omnipresent-et cetera-entity have to be worshipped?”