WHY NOT RELEASE THE SEVEN OF RAJIV GANDHI CASE? (UNDER ARTICLE 161 OF INDIAN CONSTITUTION) 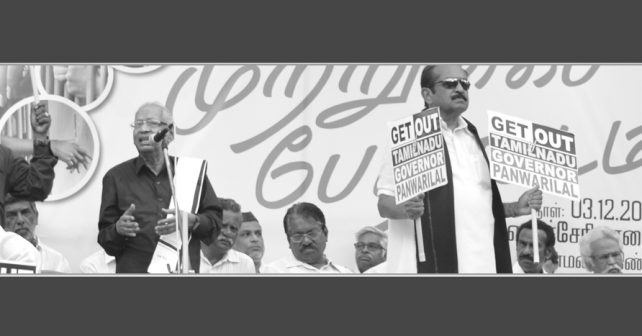 But the seven persons who were convicted have to be considered on humanitarian ground for the remission of their sentence enabling the release.  They have been imprisoned for the past more than 25 years.  The judicial proceedings of the assassination case have been commented on by the judiciary itself.  The declaration given by all the seven were used against them to prove the charges.  This is not the law and practice as per the Criminal Procedure Code.

At one point of the proceedings the subjectivity of the case under TADA was observed inapplicable by the court.  Because of it the very declaration of the seven accused cannot be used against them.  Besides one of the investigation officers of CBI has stated that he had to record many things in the declaration apart from what the accused had stated.

After the delivery of the judgment by the Supreme Court, the remission of the sentence was petitioned to the President of India which was denied with inordinate delay which was pointed by the Supreme Court.  Ultimately the Supreme Court had disposed of the case of remission of the sentence enabling the release, for the State Government to consider as per the Article 161 of the Indian Constitution, which says, the Governor of a State shall have the power to grant pardons, reprieves, respites or remissions of punishment or to suspend, remit or commute the sentence of any person convicted of any offence against any law relating to a matter to which the executive power of the State extends.

The Governor of Tamil Nadu has to act as per the advice of the State Ministry.  Now the State Cabinet has recommended the release of the seven persons who had already spent their life imprisonment for significant period. Now the ball is in the Court of the Governor of Tamil Nadu.  Even though nearly two months have passed by, the Governor has not decided so far.  Neither he negatived nor accepted the remission to the release.  Instead, the case has been referred to the Home Ministry, the opinion of which was already subjected to the implied scrutiny of the Supreme Court. The exclusive power vested with the State has to be exercised by the Governor acting as per the advice of the State Ministry.