WHY NOT USE ‘UNION GOVERNMENT’? 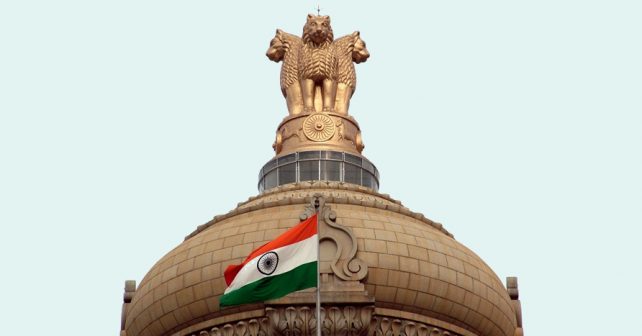 Before the Indian Constitution came to effect on 26th January 1950, The Constituent Assembly debated in a detailed manner and enabled the drafting committee, under the chairmanship Dr. B.R. Ambedkar, to bring out the constitutional provisions in consonance with the historical background of the territory of our country.

Article 1 of the Constitution says thus: India, that is Bharat, shall be a Union of States. The ruling territories were transformed, from ‘Provinces’ to ‘States’ and ‘States’ became distinct on the linguistic basis from 1956 and a few States were bifurcated subsequently. The Union legislature viz Parliament (Lok Sabha) elected the Prime Minister of the country, who forms the cabinet of ministers with the approval of the President of India. The Legislative Assembly in each State elected their own Chief Minister, who constitutes the State level cabinet with the approval of the Governor of the respective State. Both the Union Cabinet and State Cabinet are responsible to the people who elected them for which the governing powers were divided and well defined in the Constitution under VII Schedule. The powers to be exercised by the respective governments are ‘Union List’ and ‘State List’. There are certain governing powers to be exercised by concurrence of the both the governments as ‘Concurrent List’. 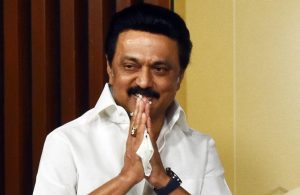 The local bodies are popularly called as Panchayats which are the root level governments of the people. For the effective governance of the local bodies, a few contiguous panchayats are collectively called as ‘Panchayat Union’ – and that has been proved effective very much in the implementation of various development and rehabilitation programmes formulated by both the Union government and the respective State governments. The usage of the term ‘Union’ for the conglomeration of the Panchayats had been continuing to be effective model of local government. But the usage of the term, ‘Union’ in the local body governance has only strengthened that local government. The public, the majority of whom are literate to the extent of putting only their signature and who are interacting with these local bodies are familiar with ‘Panchayat Union’ and popularly using the term as ‘Union Office’.

In trade union parlance the word ‘Union’ is very common that always signifies unity and solidarity of the working force.

On judiciary front, the judgments delivered by the Supreme Court of India and the High Courts in the States are quoted for the effective dispensation of legal justice while dealing with other such related cases. The cases in which the ‘Union government’ is one among the parties to the dispute, the cases are decided and quoted as ‘party Vs Union of India’ and not as Central government. The Union of India denotes only the Union government. The vital pillar of the State viz. judiciary has been habituated to point out only as Union of India. The dispute deciding pillar of democratic State itself has pointed the name ‘Union of India’. Can anyone attribute negative motive to the usage as ‘Union government’?

Tamil Nadu with its effective governance as ‘Dravidian Model’ during the past 50 years have proved its mettle. The development that took place are incomparable with other States but at the same time the Dravidian Model has strengthened the unity and integrity of India.

The present chief minister M.K.Stalin has taken up further development for the betterment and prosperity with the ‘Dravidian Model’ that will strengthen not only Tamil Nadu but the whole of India. The CM has commenced the popular mentioning as ‘Union government’ which reinforces the federal polity of our country. The federal fabric shadowed in the Indian Constitution has ensured separate governing powers for the Union government and the State governments.

It is constitutionally proper and Tamil language ‘Onriyum’ means Union. Such Constitutional right staked by the State government is criticised as sectarian and anti-national, a motivated move by saffron outfits. Only such outfits have to mend their motive and not the DMK government and its chief minister in respect of the usage as ‘Union government’. But the usage already prevails starting from the apex judiciary to root level governments in villages. The chief minister M.K. Stalin has popularised the usage which is meaningful to claim the States’ right as ensured in the Constitution.