WHY PSEUDOSCIENCE SHOULD BE TAUGHT IN COLLEGE 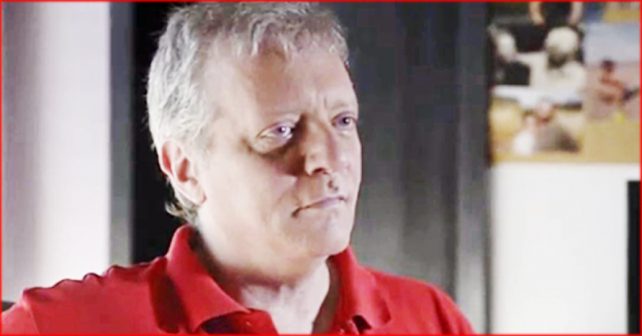 The academic community doesn’t seem to take the spread of pseudoscience seriously.  This is a serious problem that skeptics must face.

Three facts made me aware of the necessity of teaching pseudoscience at colleges and universities.  The first was the visit of a doctor – a friends of the family – who, when I started to debunk pseudoscience, replied: “There are good and bad homoepaths”.  No, sir, you are wrong.

The second was when my father went to a doctor who suggested he take Bach Flower Remedies.  My father told his doctor: “Look, my son is a skeptic about this treatment,” and the doctor answered: “Come on Mr. Borgo, we must be updated.” Updated on pseudoscience!

The third was when I went to the Medical Association of Argentina (AMA) with a video of a charlatan who claimed that people should abandon conventional medication against AIDS and other diseases.  This was back in 1998.  The president of the AMA, Elias Hurado Hoyos, told me: “You cannot deny that there are people with paranormal powers.”

I understood immediately that only a few physicians knew what pseudoscience is about.  Why? Because in the Faculty of Medicine they don’t teach you why “alternative medicines” (homeopathy, Reiki, chiropractic, “photonic tunnel therapy,” etc.) don’t have a scientific basis.

Years later, I found that my daughter, who was studying English at her school, was given a book containing a chapter dedicated to UFOs, the Bermuda Triangle, and other subjects that had no scientific basis.  The approach was wholly uncritical asserting these subjects as real.

At that time, I was a member of the Auxiliary Parents Commission at her school.  The school received some money – from the government of the city of Buenos Aires – to paint some parts of the building (windows, doors, and so on).  We proposed a light yellow, as the current color was an ugly dark green.  The teachers’ reaction was unanimous: they refused the new color we proposed claiming that yellow affected children’s behavior in a negative way!

I was astonished at the teacher’s scientific illiteracy.  What scientific study supported that claim?  None.  I had the feeling that if someone with a degree, mentioning he or she had graduated from a university, brought in a machine called “Success Learning Materializing Device” and presented it to the teachers, they would probably gladly implement it.

The problem is this: Very few teachers and professionals know what pseudoscience is.  And the reason for this ignorance is that they are not taught to distinguish good science from bad.

Try it yourself: Ask some physicians what the main premises of homeopathy are.  You will find that most of them don’t know anything about it.  And of course they wouldn’t unless they study it themselves, since homeopathy is (quite rightly) not taught in medical school.  With the  exception of a few professionals, university professors don’t know anything about it either.  I have met physicians and neuroscientists who have a good background on this issue, but they teach it in their classes through personal initiative, not because it is part of a university program.

It’s remarkable that pseudoscience is practiced not only by charlatans without a university degree but also by some professionals.  That’s why a physician may give a course on “Past Lives Therapy” and why many psychologists trust in psychoanalysis, Rorschach tests, and “therapies” such as Reiki, “family constellation therapy,” and a huge number of other bogus therapies and treatments.

What Should We Do?

We must propose a new study program at colleges and universities.  It is necessary, useful, and will prevent a lot of personal and social harm.  In every specific subject – let’s say physics, medicine, psychology, or whatever is taught at the university – we should adopt this simple program:

•    Why is some specific discipline a false science?

•    How to recognize a pseudoscience

•    What the dangers of psueodoscience?

Sadly, the academic community seems not to be worried about pseudoscience.  There are only a few members committed in the fight against pseudoscience, and many of them are affiliated with skeptical organizations.  We must change this situation.  As a journalist, I have to debate several homeopaths on radio and television because physicians did not go to the debates to educate the public.  This is a vital role that skeptics and all responsible scientists should help fill.  Don’t complain if you don’t do anything to stop the growing of pseudoscience.

I’ve been investigating pseudoscientific claims for more than thirty-five years, and I still see that there is so much work to do.