Why We Had to Call Ourselves Dravidians 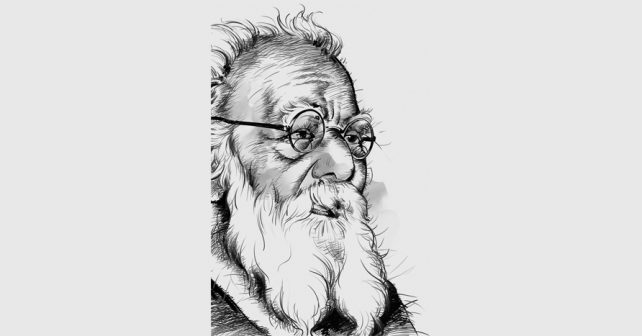 Continuation from the previous issue….

The Dravidians have been locked into the jail of shame and disgrace since they have been overpowered by Aryanism without any realisation of their Dravidian origin and became slaves of Aryan religion, culture, customs and tradition.  What else could be the reason?

If anyone wants to get out of the horrendous bondage, should he not be prepared to shatter the Aryan shackles binding his hands and legs?  What is the use if he comes out still bound in the shackles?  If you have to remove the disgrace caused by Aryan subjugation and barbarities you should get out of Aryanism.  It is only for that purpose we call ourselves Dravidians.  It supplies us with added vigour.

Pariah or a Chakkilia is freed from his Pariahood or Chakkiliahood the moment he converts himself to Islam. In the same way people who have caught in the Aryan snare and have been relegated to a lowly status become equal to them the moment they call themselves Dravidians, having equal right to their elevation and progress.  Without it, any Dravidian who binds himself to Aryanism has accepted his low status. However hard he tries, he cannot get out of it.  Take for example R.K. Shanmugam Chettiar. (A learned contemporary of Periyar who held high positions including the position of finance minister presenting the first union budget in independent India) When he calls himself a Hindu, no one can deny that he is lower in status to the Brahmins as he is a Vaisya.  This is the condition today. This is why no one has succeeded with all hard struggle.  Have this firmly in your mind. This is the reality in keeping with knowledge and experience. When I say we historically belong to the Dravidian stock, do not think that I want to take you back to those days. Nor do I say all this after a biological examination of the Dravidian and the Aryan races.  Do not think that I am embarking on a historical proof of Dravidian traits.

Why Bother with Language?

Leave all that alone. We need a symbol, a catchword, which will motivate us to get out of the disgrace, shame, the impediment that blocks our forward movement.  What does swaraj stand for?  What does the word ‘Pakistan’ indicate?  What does the phrase ‘Quit India’ stand for?

There are people who maintain that the Aryan race and the Dravidian race have got mixed up.  You cannot separate them through blood test.  Such people do not understand what we mean when we speak of Aryan and Dravidian.  Aryan blood and Dravidian blood might have mixed, but have the customs and traditions got mixed?  There are dining halls in hotels for ‘Brahmins only’.  Has there been any mixture of caste like Brahmin, Sudra, Pariah, Chakkilia, non-Brahmins?

Have the differences disappeared?

Have conditions in which Brahmins enjoy elevated position and are able to enjoy a comfortable life disappeared?  Have conditions in which Sudras, Pariahs, Chakkilis (the Dravidians) undergo shame, and are relegated to hard work, poverty and squalor disappeared? Has there been any mixture? Have they been amalgamated?  Have there been knowledge, education and talents where there was none?  Where is the mixture, intermingling? What is the use of blood being mixed?  Should there not be intermingling as far as rights and enjoyment of comforts are concerned?

There is the group of Anglo Indians – No one will have any doubt regarding the mixture of white Aryan and black Dravidian blood in them.  Yet, what is common between us and them?  They live as a separate community following European (Aryan) customs and tradition, and lead an isolated existence. After observing them, please reply if there could be any substance in saying that you cannot separate the Dravidians on the basis of blood.

‘Dravidian’ is a catch word which reminds us of our goal.  By all means we must liberate ourselves from the life of shame and overcome the impediments on our way caused by being under the control of the Aryans. Aryanism permits no change. Dravidianism permits change. We will not get into any trouble by calling ourselves Dravidian.  But our opponents are making abominable charges on us.  They say that if we call ourselves Dravidian, god, religion, good character, culture, righteousness, virtue and devotion – all this will disappear.  They make these charges because they are driven by their meanness.

If a Pariah or Chakkili who has been made untouchable converts himself into a Muslim, is there any place for his disgrace?  All the Aryan gods, religion, scriptures, culture and conduct which have been making him a Pariah get exterminated, don’t they?  Instead, the Islamic god, religion, scriptures, culture and conduct accept him and remove his disgrace.

Aryan god has a visible form.  Islamic god is formless, and Muslims  are against idols.  There are no castes in Islam.  So, the Dravidian may undergo many changes in his outlook. Will it mean that god, religion, scriptures, culture and conduct have been eradicated?  This is where you have to use your intelligence. You must be cautious. The world today is undergoing transformation in every field and progressing.   It has not deteriorated.  Only the old, the useless and powerless will get destroyed. They will go out of use. We are no more using flintstones for creating fire. The process has gone through so many changes until electric lights have made their appearance.

Everyone will agree that it is not an act of sabotage but progress.

So, if anybody says that god, religion, scriptures, culture, conduct and devotion which were created in the distant past must be followed without any change, it is sheer ignorance.  If it is not ignorance, what about Buddha, Jesus, Mohammed, and Raja Ram Mohan Roy who brought about changes in concepts like god, religion, conduct and devotion?  Were they saboteurs?  Were people like Edison, Marconi, Darwin, Socrates, Luther, Marx, Engels saboteurs.  Were they out to destroy morality and social structure?  Please think about it. Only progressive transformation which has discarded the old will bring good to the society.

Renewing discarded concepts, introducing spinning wheel, newing the puranas which have gone to rots, renovating old temples will not constitute transformation when we make efforts to obliterate the defects in our thinking and our shame. Please do not consider the task as sabotage.  You people who are young are the ones capable of bringing about transformation.  This is the period when you should learn to think.  Think and discuss.  Raise doubts, ask questions.  It will bring about maturity in you.  Enter into debates with your teachers, so that your teachers will acquire the ability to think and develop reasoning capacity.  Acquire some more experience before starting to act.  Listen to everything said by everyone.  Think on them and arrive at the truth through debating.  The defects in what I have been telling you so far, will be pointed out and corrected by your wise headmaster.