Women as depicted in the Manusmriti 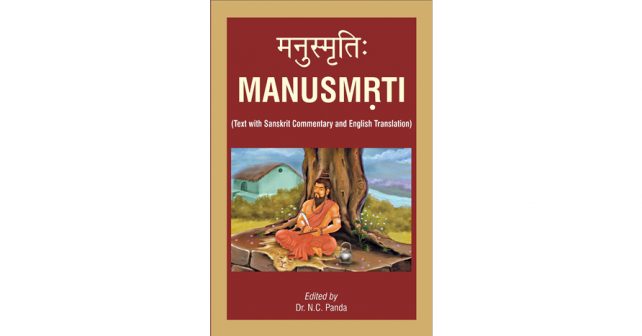 The Manusmriti also known as Manav Dharam Shastra, is the earliest metrical work on Brahminical Dharma in Hinduism. According to Hindu mythology, the Manusmriti is the word of Brahma, and it is classified as the most authoritative statement on Dharma.The scripture consists of 2690 verses, divided into 12 chapters.  It is presumed that the actual human author of this compilation used the eponym ‘Manu’, which has led the text to be associated by Hindus with the first human being and the first king in the Indian tradition.

Although no details of this eponymous author’s life are known, it is likely that he belonged to a conservative Brahman class somewhere in Northern India. Hindu apologists consider the Manusmriti as the divine code of conduct and, accordingly, the status of women as depicted in the text has been interpreted as Hindu divine law. While defending Manusmriti as divine code of conduct for all including women, apologists often quote the verse: “yatrnaryastopojyantay, ramantaytatrdevta” [3/56] (where women are provided place of honor, gods are pleased and reside there in that household), but they deliberately forget all those verses that are full of prejudice, hatred  and discrimination against women.

Here are some of the ‘celebrated’ derogatory comments about women in the Manusmriti :