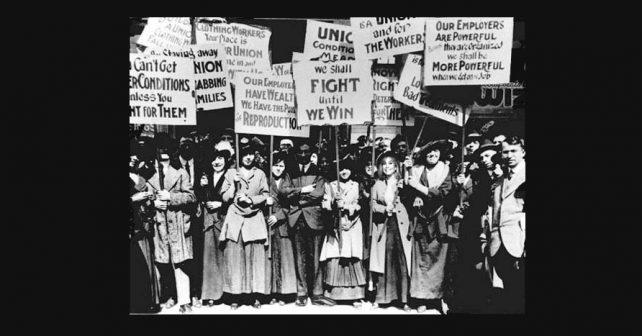 Periyar’s Philosophy being recognized all over India

There has been a news item in the ‘The Times of India’ dated 19th August, about young couple going for smaller weddings without rituals and limiting the number of guests.  Two recent instances have been cited. One is that of Malavika Krishnaswami a 27 year old Hindu marrying Alex Joseph, a 28 years old Christian. They had been courting for some time, and all through those years they had been freeing themselves from the concepts of organized religion.  Hence they decided, when they were about to get married, to deliberately avoid the church and the temple, and chose to get married at a private beaches Thiruvananthapuram. Needless to say that there were no religious rites.  To the background of movie songs they exchanged rings and read out self-written vows.

The other example is that of Pune based Anusha Ravishankar and Ajinkya D, her partner, in December 2017, in a ceremony, lasting merely 20 minutes when they signed documents in the presence of their friends and later registered the wedding under the Special Marriage Act.

With a sense of excitement, the newspaper welcomes the trend in laudatory terms and goes on enumerating the advantages of smaller weddings. Many youngsters seem to opt for such weddings without rituals, with the eldest member of the family formalizing it with rings or a thali.  Limiting of the guests enables the couple to personally interact with everyone of them.

Of course this is a welcome change in the day when such ceremonies have become totally impersonal, with the guests being received by a person hired for the purpose.  But what the paper, and its readers, must know is that such weddings, shorn of religious rituals, have been in vogue for nine   decades, populaised by Periyar, and conducted in dozens in all parts of Tamil Nadu, urban as well as rural.

Periyar called them Self Respect weddings since they are divested of all religious ceremonies which bemean the couple and especially women.  The presence of the inevitable Brahmin  priest underlines the concept of his being at the top of the caste hierarchy, his stamp of approval being essential for the ceremony being recognized by the authorities of this world as well as the celestial.  And the incantation being recited also are bemeaning the non-brahmins.

And Periyar’s followers, who have willingly cut off all the ties with religions, came forward with alacrity to get their weddings formalised  in a simple ceremony of reading out marriage vows and garlanding each other.  Exchange of rings or tying of thali (in case of necessity) takes place in a number of cases, but it is not necessary.  In the earlier days,  Periyar or some functionary of the Movement was invited to preside over the function, but it was not an essential part of the ceremony.  The purpose of the speech was to drive home to the gathering and the people at large, the purpose of such weddings, which was restoration of the Self Respect of the Dravidians which had been stealthily snatched away by Brahmin hegemony.  And another part of the old ceremony that the Self Respect Movement was not happy about was that the implication of some rituals accentuated the inferiority of women,  who was given away (as a gift package) to the groom, with the girl’s father publicly renouncing all his rights (kanniga dhanam) on her.

Periyar, who had been advocating the equality of genders and propagated for legal recognition of the concept, wanted to do away with anything that went against it. Hence, the only ritual, if one can call it so, in the Self Respect wedding, was the reading of the vow. And that ensures the equality of the boy and the girl.

The people who got married in the Self Respect way were so simple and their adherence to Periyar and his thoughts were so high, that few of them ever thought of getting them registered, because the conventional weddings seldom get registered.

Some crooked people, when they went to the court over property rights, got such marriages annulled, since they were performed without the presence of the priest and without rituals.  The Judges, a great majority of them being Brahmins, even the others belonging to the ‘higher’ castes, used such opportunities to pounce on the couple (imagining that they were pouncing on Periyar!) and got these weddings annulled.

It is indeed amazing that even this serious lacuna in the wedding did not deter the adherents of Periyar and the Dravidian Movement, and Self Respect weddings were conducted in hundreds.  In a good number of cases, there were people to suggest registration of such weddings.

It was only after the Dravida Munnetra Kazhagam came to power in 1967 that an Act was passed amending the Hindu Marriage Act, which legalized all Self Respect weddings with retrospective  effect, with the Chief Minister, Arignar Anna, openly expressing happiness on the passing of the Act, which was so important to Periyar, who welcomed it whole heartedly.

Since the rituals have been given the go by, limiting of the number of guests automatically follows. At Periyar Thidal, Chennai, where headquarters of Dravidar Kazhagam is located, simple weddings have become routine affair and are held at Periyar Self Respect Wedding centre, with the simplest of ceremonies and the number of guests being restricted to single digits.

On the same day, the paper has published another news item, which is also in a way connected with Women’s emancipation.  It is on Namita, the foster daughter of the former Prime Minister Atal Bihari Vajpayee lighting the funeral pyre of her foster father.  This has triggered a talk among similarly placed women regarding their right to light the funeral pyre of their parents or foster parents.

A few years ago, a retired military man in Kerala expressed his desire that his daughters should at his funeral pyre; people told him that it would debar him from entering moksha.  But the man did not believe in the moksha business and was firm in his decision.

Sharwani Waingade of Maharashtra recalled that when she and her sister wanted to perform the last rites for their father, she was pushed aside and was prevented from doing it.

People feel that Namita could have her way as she was an urban woman.  But, last month, when the daughters of a family in Rajasthan took parties in the funeral rites of their father, the panchayat ordered a total boycott of the family.

Well, we are happy that things are much different in Periyar’s land.  We have seen many women conducting their parents’ last rites.  It is not yet a routine affair, but it is not totally banned either.  And there have been cases where women have performed the funeral of abandoned bodies.  And a couple of women are working as crematorium keepers (vettiyans) maintaining the ground and supervising burial or cremation going on there.

It looks as if the other parts of India needs Periyar.  Now that Periyar Mission has been globalised, they can easily claim him as their leader, be guided by him and learn to live with Self Respect while respecting  the Self Respect of others.