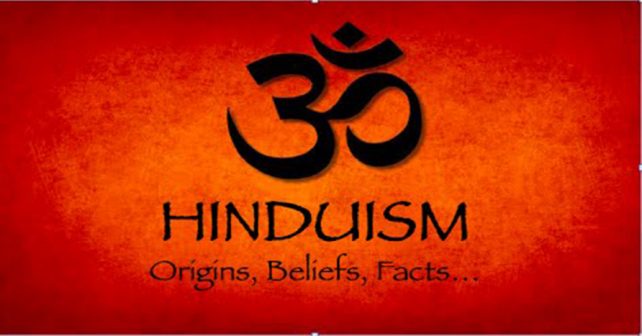 The scriptures by the Brahmin priests. They make the gullible devotees believe that the power of the mantras they chant can make Gods dwell in the statues installed in temples. They assure them that if rituals are observed properly, God will be pleased and will answer their prayers. Consequently, the majority of Hindus remain as slaves to “idol worship”. They spend a lot of time and wealth for worshipping different statues in different places. They perform many meaningless rituals to please God. This fanatic faith makes people superstitious and irrational.

The great beneficiary of this practice of idol worship are only the Brahmin priests. The humankind realised the evils of ‘idol worship’ even two thousand years ago .The great thinker, Gautama Buddha, condemned ‘idol worship’ 2500 years ago. The Jewish society dropped ‘idol worship’ during 600 BC itself. European societies started giving up this practice from the 3rd century onwards synchronizing with the spread of Christianity. Arabian societies dispensed with idolatry with the spread of Islam. Thus, many societies, the world over, have given up ‘idol worship’. At present many African and Asian societies do practise it, but do not perform any odd and meaningless rituals and ceremonies to propitiate idols. In this manner, the practice of ‘idol worship’ varies from religion to religion and from region to region. Idol worship in any fashion and style is wrong. The reasons are that it makes people ritual-conscious and belittle human power. It prevents people from making sincere efforts to deal with earthly problems. It weakens the very curiosity to realise truth.

Besides ‘Idol worship’,  Hindu religious priests give a lot of importance to astrology and auspicious time. This belief existed in many societies in the ancient period. Slowly, it vanished from many societies. In European societies, this belief began to fade during seventeenth century due to the development of scientific knowledge about the solar system and a better understanding of the planetary movements. In the eighteenth century, Europeans discarded their faith in astrology completely. In modern India, this belief should have died out. But, it continues its stranglehold on a very large section of the population. Brahmin priests are solely responsible for its continuance. This superstition is an evil since it encourages people to take wrong decisions based on the totally illogical and erroneous astrological predictions. Realising this negative impact on the society, several progressive nations have banned the dissemination of all kinds of superstitious beliefs. When this is the sane view of the world regarding superstitions, it is being considered as a value in the Hindu belief system!

Attributing sacredness to cow is another wrong belief that dominates the minds of the Hindus living in the North-western region of India. However, the Hindu religion’s Vedas don’t mention anywhere that the cow is a sacred animal. It does not prohibit the slaughtering of cows for meat. In fact, eating of beef was popular in the Hindu society during the Vedic period and the succeeding centuries. Attributing holiness to cow was a later development.

This idea sprouted in the Indian society when agriculture was the prime profession in the entire Indian sub-continent. At that time, people found cows useful in many ways. The reason is that cows supplied them not only milk but also bullocks to plough the land and transport agricultural and commercial products. So, thinkers of that period discouraged the slaughtering of cows for meat. This simple restriction, in course of time, made the “cow” a sacred animal.

This issue gained importance only during the twentieth century. During the 1940s (Pre-independence period), Muslims made a propaganda that if Pakistan is formed, they would implement Shariat law. To counter their propaganda, Hindu freedom fighters could not come up with any worthy ideal. So, they conveniently came up with the cow slaughter issue. They made the propaganda that if India got freedom from the British rule, they would ban cow slaughter. Thus, the cow slaughter issue accidentally became a religious issue.

In India, the condition is the same. Bullocks are no more required to plough the land and to carry agricultural products. Cows are being maintained only for milk. All breeds of cows become un-economic at the age of ten or twelve. So, slaughtering useless cattle for meat is a wise activity. Economic benefits to the society from that activity are immense. Instead of doing so, maintaining old and un-economic cattle in the name of the Hindu religion and spending a huge amount for their maintenance is an unwise activity. Attributing sacredness to the cow and maintaining old and useless cattle are totally wrong and irrational.

Faith in God -men and God –women and their non-existent supernatural powers is another peculiar superstition of the Hindus. This odd belief too existed in all societies long ago. But, with the spread of knowledge and rationalistic ideas, this faith has waned in all the civilised societies. In India, this stupid belief is still kept alive in the name of Hindu religion. The present condition is that anyone wearing saffron clothes and performing a few items of magic and rituals can become a God-man or a God-woman. In no other civilised country, could this sort of cheats become God –men and God- women and have lakhs of disciples to follow them.

Thus, a critical analysis of Hinduism reveals the truth that the Hindu religion’s basic doctrines legitimising caste system and it’s inequality-based social system are ethically wrong. The Hindu religion’s beliefs in respect of idol worship, astrology, cow-worship and God-men are wrong and irrational. These wrong ideals and beliefs need to be discarded since they are harmful to the welfare and progress of the Indian society. We should not have fear to discard our harmful values and beliefs merely because they have a religious label. We must remember that religions are meant for the society and not vice versa.

Indian History reveals that the Indian Society was in a rotten condition during the eighteenth century. Caste-based oppressions were severe and crude. The concept of social morality was barbaric. This condition changed during British rule. They made many good social changes in the Indian Society. They gave education to all citizens irrespective of one’s religion and caste. They treated every citizen as equal before law. During the 19th and 20th centuries, radical social changes took place owing to the devoted and sincere work of many social reformers.

Apart from this, urbanisation, industrialisation and the advancement of transport and communication system have brought people belonging to different castes into close contact and this has removed many prejudices against one another. These changes have reduced caste-based oppression and atrocious differences to a great extent.

The Hindu monk, Vivekananda, also criticised the evils of caste system. He vehemently condemned the practise of caste system. He suggested the remedy as well. He proclaimed that Hinduism must be infused with the equality spirit of Islam and the service spirit of Christianity. He also warned that if the Hindu religion does not do so, Hinduism will not survive. So, people having faith in the Hindu religion should not hesitate to change their faith, beliefs and customs based on reason.

In humankind, the majority are reluctant to put their religious beliefs to critical analysis. Such a mindset existed in Europe during the fifteenth century. At that time, a few rationalists spread a simple idea that truth is respect to God and religions. That idea emboldened them to carry out ‘enquiry’ on any subject,including religious values and beliefs.

The English radical and champion of human rights,Thomas Paine (1737-1809) mentions this simple truth in his book, ‘Age of reason’, that the truth is: “God did not appear on earth in any period. God did not communicate anything to man by any mode of speech, in any language or by any kind of vision or appearance or by any means of which our senses are capable of receiving”. This truth should be spread widely in the Indian Society and it will embolden people to think and act based on reason.

This basic idea that truth is respect to God is ever valuable to humankind. The reason is that this truth discourages blind faith in religious values and rituals. It also contains the growth of religious fanaticism in the human society.