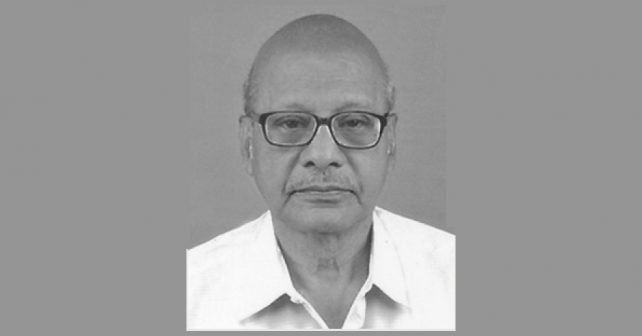 Every religion has some good precepts and a few undesirable values, beliefs and customs not relevant to the present condition. So, every generation needs to evaluate the validity of its religious values, beliefs and customs. Therefore, every society has to analyse the doctrines and beliefs of its religions logically and rationally and assess their validity and relevance to the present condition. After evaluation, every society has to discard the irrational and harmful doctrines, beliefs and customs. In addition, all societies need to introduce new values suitable to the present condition. These corrective measures are vital to keep any religion as a useful social institution. With this objective in view, the Hindu religion’s prime doctrines and beliefs are critically analysed here.

The Hindu religion does not have a single sacred book unlike other religions. The Rig Veda, the Bhagavad Gita and the Manusmriti are the three important books of Hinduism. The Rig Veda mentions only rituals and sacrifices to be followed to please ‘God’. It dose not preach any morals. The Bhagavad Gita and the Manusmriti also do not preach any universal morals such as compassion, sympathy and universal brotherhood. They give importance only to caste system and caste-based graded inequalities. They portray caste system as the creation of God, ‘Krishna’. They teach that everyone should engage only in the caste-based professions. They don’t teach any wise precepts in respect of God, life, fellow people and work. They approve of caste-based discriminations and oppressions. Thus, the so called sacred books of Hinduism don’t preach any good morals. They encourage only the idea of the master-slave relationship in society and nothing more.

When Hinduism spreads this master-and-slave mental outlook in the society, how will its social setup help the development of fellowship feeling in the Hindu society ? How will the spirit of love develop in the minds of the people? In the absence of a feeling of oneness, how will the people unite and strive for common welfare and progress? Certainly, an unequal social setup cannot produce the spirit of brotherhood. It can’t produce the social unity essential for progress. It can only make a divided society. It can spread only fatalistic ideas and a slavish mentality. This is what Hinduism has been doing to the Indian society for several centuries.

The prime objective of a religion is to inculcate good social and moral values in the minds of the people. Discussing the goal of religion, the famous scientist, Albert Einstein (1879- 1955), says, “Goal of religion is to develop free and responsible individuals so that one may place one’s powers freely and gladly in the service of all mankind.” The Hindu religion does not aim for this lofty goal. It does not give freedom to individuals. Nor does it inculcate a universal outlook. So, when viewed in the light of Einstein’s opinion, the Hindu religion’s doctrines are wrong.

In human society, thinkers have been preaching the concept of equality from time immemorial. The reason is that only if the society functions based on the concept of ‘human equality’ can the feeling of oneness develop in society. Subsequently, the spirit of brotherhood and the spirit of love develop. Social unity becomes stronger. Co-operation of the people for common causes becomes better. The rights of the people get recognised. Consequently, the society progresses on all fronts.

Eminent philosophers express the same thing. The famous German philosopher, Immanuel Kant (1724-1804), says, “One should treat fellow human beings as equals. Extending equal rights and opportunities is moral and denying them is immoral.” He emphasizes that one should treat fellow people in the same way as one wants to be treated by those people. So, by Kant’s yardstick, inequality-based social system is immoral. This proves clearly that the Hindu religion’s basic doctrines are not only unwise but also immoral.

Apart from caste system, ‘idol worship’ remains as an integral part of the Hindu belief system. Believing the concocted stories of Brahmin priests, people, both educated and uneducated, visit the famous temples in large numbers to worship statues. For instance, about 50,000 to 60,000 people visit daily lord Venkateswara temple at Thirupathi. They wait for days and hours to get glimpse of that statue for a few minutes. They offer their hard-earned money to the temple fund. They give considerable amounts to priests.

In the same manner, more than seven million pilgrims trek to the mountain shrine of the Goddess Vaishnavi Devi every year. About four crore people visit Lord Ayyappa temple in Kerala every year. In no other part of the world, “idol worship” is practised so extravagantly and pompously as it is being practised in Hinduism.

to be continued in the next issue….