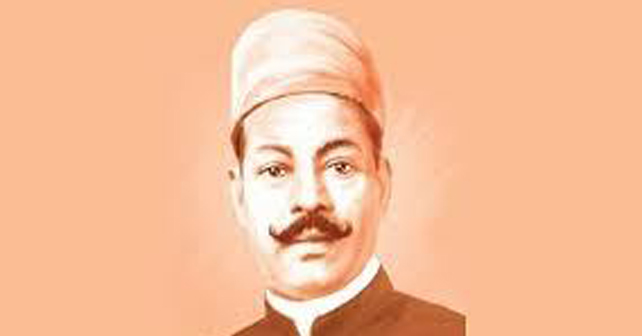 It will be an immeasurable shock and sorrow for the Indian people in general and in particular the non-brahmins  of Tamil Nadu to hear of the sudden demise our unparalleled  and the rare  leader Respectable  Panagal King  at 1 a.m. on (16th December 1928)  Saturday morning.  As his end came at a time when there is an emergency and a small and big war is on, we do not have to mention how much the hearts of the soldiers would palpitate  when they are marching towards success and when they are looking for the command from their Captain,  the Captain died.

Our Raja Saheb was not like most of our leaders who were not bothered at all without any social responsibility earning the support of the ignorant masses and using lofty vain verbal glories in their speeches and writings and condemning the Government pointlessly   in order to earn good name as  great leaders through easy ways  becoming leaders;  no one can accuse him of such fraudulent means to earn the name of a leader. He did not become a leader just by manipulating the press people to propel himself as a leader; nor did he employ paid followers to shout for his leadership. He was not the slave of the Brahmins  serving  the cause of their dominance   in the name of the good of the world, the good of the self-rule  and in the name of heaven.

On the contrary, for the self respect, liberation and equality  of the  20 crores of  the  Indian suppressed humiliated and exploited people namely untouchable low caste persons,  panchamas  and the sudras,  he got himself  immersed in the whirlpool of the struggle and swam against the strong tides. He is thereby  earned the name of a leader We ourselves cannot measure the amount of sufferings  he underwent in that task.  He became an enemy to a political force that was powerful and influential, he was an  enemy to a society that was powerful and influential, an enemy to the press that was powerful and influential, an enemy to the paid agents of propaganda and moreover he was also considered as the enemy of the common people popularly known as the respectable representation. Doing all these, he was fighting as if standing on fire, performing a very tough job. We are convinced that it is not an exaggeration to say that he was the supreme example for being a leader to accomplish such arduous tasks.

Not only that, but if we examine if anyone was helpful or assisting our leader in his services, no one can be firmly mentioned.  Our leaders before him like Dr. Nair and Sir Thiagarayar had many faithful followers who helped them wholeheartedly. Who was there for our leader?  But there were many enemies around him and in his own pocket always blaming him and conspiring against him. You may then ask me how he had the party and the strength of the following;  it was because of his personal sagacity, intelligence and  diplomacy, he was able to keep a few who had to obey him. Moreover we cannot easily say that though educated non-brahmins, one or two dissatisfied  or disappointed persons  or those disliked him were not there. As he was trying hard for a rare object,  when there was even a small benefit  there were a lot of confusions fights  competitions and misunderstandings that caused the hatred of the King by many.  We have to mention that he was fighting a lonely battle in the service he had undertaken.

In spite of such hardships, without erring in his efforts in encountering   oppositions   in a human way, he stood firm like a great hero. He never felt discouraged,  never subdued to anyone and never once bowed to anyone. For example his leadership life was subjected to three types of tests in the last ten years.  In the first three years he enjoyed power and influence as a minister.  In the second three years, as there was an internal party , he had power without influence namely the influence of the Party but not that of the minister. In the last three years, as the enemies utilized the internal rifts  both the power of the Party and the ministership were lost.  But we have to mention that in all the three stages, he did boldly what he had to do and in same way.  It cannot be said that he at any moment felt tired or was disheartened.  No one can deny that he achieved in the last phase of three years without power or influence what he had achieved in the previous six years with power and influence.  These are the events that continue to reveal the sagacity and greatness of our PANAGAL KING.
Courtesy : Editorial of Kudi  Arasu – 23rd December 1928
Translated by Prof. S.F.N.Chelliah