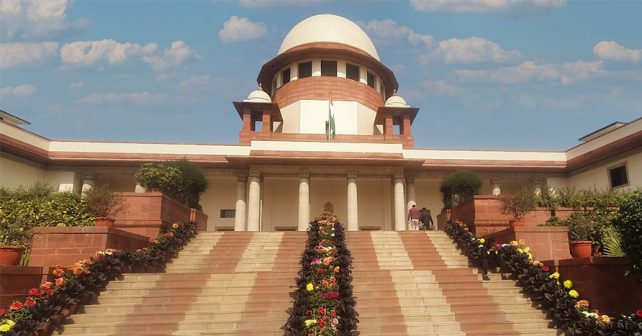 The fundamental rights of the citizens of our country are protected by the constitutional courts which are the chief custodians of law. As per our Constitution, the rights of living and freedom of thoughts cannot be seized from any citizen. When the rights are threatened, it is the bounden duty of courts in a democratic country to protect and safeguard them. The Supreme Court especially are duty-bound as far as this great task is concerned.

It was recently exposed through media that Israeli software Pegasus was used to snoop on Indian citizens including journalists, activists, politicians, advocates, doctors, ministers and leaders of the opposition parties. Using NSO group’s spyware, more than 300 persons were subjected to unauthorised surveillance.

In connection with this issue, senior journalists N.Ram of ‘The Hindu’, Sasikumar, Editors’ Guild and some individuals had moved the Supreme Court. The bench led by the Chief Justice N.V. Ramana had agreed to conduct the hearing and enquiry. The Union government refuted the alleged spying as a baseless charge. It had also conveyed through the governments’ Solicitor General Tushar Mehta its unwillingness to furnish related details in the Affidavit, since it is a matter of national security.

At this juncture, a bench of Chief Justice of India N.V. Ramana, and Justices Surya Kant and Hima Kohli conducted on 27th October a hearing again on the appeal. Following this enquiry, the Supreme Court has ordered to set up an independent probe team to be led by Justice Raveendran (Retd), aided by former I.P.S. officer Alok Joshi and cyber security expert Sandeep Oberoi. This expert committee is to probe into the entire issue at the earliest and submit its report within a period of 8 weeks. The case has been adjourned until the submission of the probe team’s report. The objective of the independent team is to bring out all the facts pertaining to the alleged Pegasus snooping.

The Supreme Court order has listed the compelling reasons for setting up the expert committee. Several world nations have viewed Pegasus snooping very seriously. Hence the Supreme Court cannot be a silent spectator. It is high time all the facts pertaining to this issue are brought out.

Snooping hampers the people’s freedom of speech, thought and views. It is an invasion of their privacy and seizure of their fundamental rights. It is alleged to be an infiltration detrimental to the personal problems of people. Courts of justice should not be mute spectators. Indiscriminate spying on individuals cannot be ignored because it is a direct infringement to every citizen’s right to privacy.

Moreover, the Union government so far has not convincingly explained whether the allegation that Pegasus spyware was used for snooping, is true or false. The question remains unanswered. Merely an Affidavit of two pages was submitted by the Union government. It has refused to table a detailed report. Its argument that a detailed report would be a threat to national security is unacceptable.

It is true that technology is a useful tool and that we exist in an era of information revolution. But technology should not be misused to breach the privacy of an individual. The Union government’s activities should not deprive a citizen of his rights.

It must also be investigated whether Pegasus spyware was used on the phones and communication devices of Indian citizens in order to have an access to data. It has to be found out if the software intercepted communications of people and whether there was surreptitious eavesdropping too. If this has happened, particulars of the individuals affected must be compiled.

In 2019, there were reliable reports that the WhatsApp accounts of some Indian citizens were hacked through Pegasus spyware. The nation would like to know what action was initiated by the Union government upon those complaints. We should also investigate whether Pegasus software has been procured on behalf of the Union Government, the State Governments, Government sector organisations, and State agencies. If Pegasus was bought by them and used, it must be found out under what law, rule, guideline and protocol the software concerned was bought and deployed.

In brief, the 46 page historic order of the Supreme Court is praiseworthy and commendable. All the four pillars of our democracy are to be protected and safeguarded. People have reposed unshakeable faith in courts of law.

75 long years have passed since the dawn of our Independence. The supreme court’s order to set up a panel of probe is undeniably a land mark decision and a move to be welcomed wholeheartedly. In this Government of the people and by the people, the basic rights of citizens are not an unguarded treasure. The sovereignty cannot be unprotected. It is safeguarded by all the four pillars of democracy. The bounden duty of courts of law and all the custodians of justice is to see that all these gigantic pillars remain strong and sturdy forever.